Isn’t that the question we all ask ourselves from time to time?  For me, it is almost daily. Correction, a few times a day. 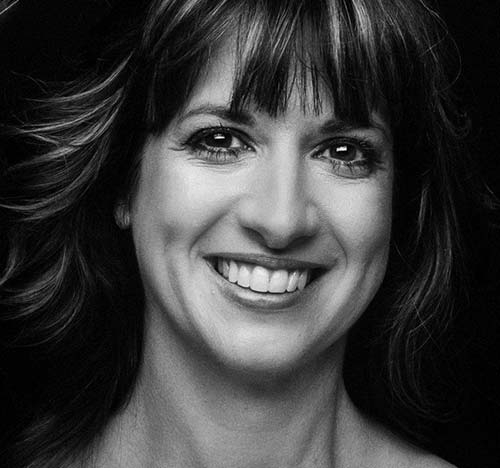 As I grow older, I am faced with one question…

I know that I am a wife, mom, daughter, friend. But I am also a woman living with the effects of Polycystic Ovarian Syndrome (PCOS) and Hashimoto’s Hypothyroidism. All while trying to figure out a rhythm in this chaotic life I have. So to learn who I am, let’s rewind …

First, I was a carefree girl, growing up in Western Pennsylvania, following the Standard American Diet. Then, went off to college, where healthy eating kind of took a backseat, but exercise stayed in the mix.

Next up, marriage and then the struggle to have children became real. Infertility, I knew, was a common complication of PCOS. After several years of fertility treatments, we were somehow able to conceive three times but have only two live births, blessing us with two amazing boys who continue to challenge my sanity daily (but that’s another story).

When I began feeling the reality of what my body went through as well as the diagnosis of Hashimoto’s in my early 40s, I began to really look at my health. I started noticing how what I ate, how I moved, and how I handled my stress could either make me sicker or make me healthier.

I have taken the journey to restore my health. While learning how my body reacts to everything as a whole, I craved more knowledge to help empower myself and those around me. I started to develop a new sense of purpose, of who I am. I began to help others start on their paths to find purpose through a healthier lifestyle.

As I continued piecing together more, I began to integrate the use of essential oils into my lifestyle, finding more natural ways to healing. This led me to become an Independent Wellness Advocate with doTERRA Essential Oils. Craving more knowledge on wellness, I enrolled for study with the Institute for Integrative Nutrition, where I have been taught by some of the world’s leading experts in health and nutrition.

My passion for learning and helping is still just as strong today as the day I started my own journey! When I am not busy with my coaching business, I can be found hanging out at home with my husband, two energetic boys, and three cats. If that doesn’t keep me busy enough, I am the head coach/program coordinator for our local grade school’s K – 6 cross country team, teaching Jazzercise® classes, and running crazy races with my equally inspirational and crazy friends.

Do You Want to Feel Better? Ready to Change Your Current Path?
Contact Me Today to Learn About Some Possibilities!

My experiences and personal transformation gave me a unique insight into health issues I see around my community every day. They gave me the motivation to gain the educational qualifications necessary to work as a Certified Integrative Holistic Health Coach. They allowed me an awesome opportunity to start my own practice, where I am fortunate to be able to work with individuals and groups to help them find their own paths to health and happiness. They have transformed me into a healthier, more energetic person, with the passion to keep learning and growing while helping others do the same!

I have struggled. I have grown. I have learned how to overcome and move forward. And I know, with just a little help, you can too! I am here to help you find your rhythm, with every beat of your heart.